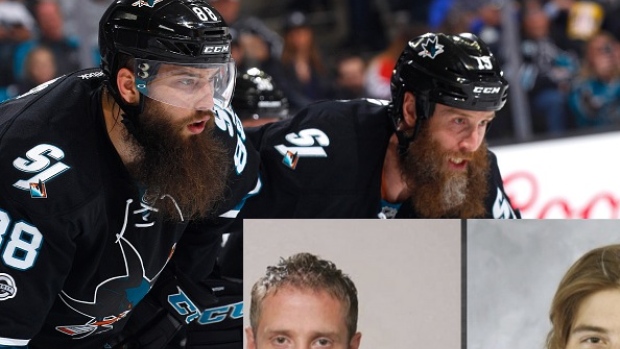 The Edmonton Oilers played their first playoff game since 2006 on Wednesday night, which officially ended the NHL record-tying 10-season playoff drought. Unfortunately for the Oilers, they lost the game in heartbreaking fashion, but it's a step forward to even be in the playoffs this year.

To put the drought time length in perspective, here's what Joe Thornton and Brent Burns looked like the last time the Oilers were in the playoffs...

The last time Edmonton made the playoffs (2006). #sjsharks #stanleycup #nhl

Funnily enough, the Oilers beat the Sharks in the Western Conference Semifinals back in 2006, although Burnzie wasn't on the team. Burns was playing on the Wild.