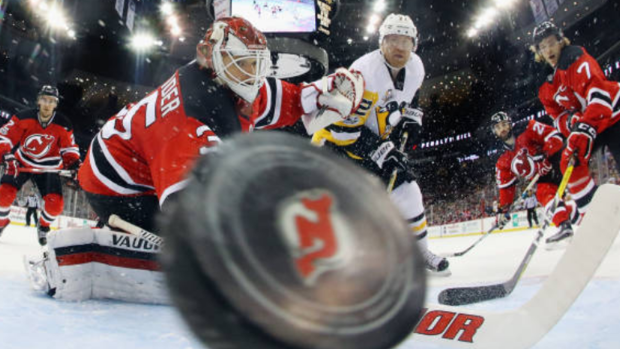 We all saw it coming, but the day is now here. It’s officially been a full year since Cory Schneider last picked up a regular season win in the NHL. Or anywhere, for that matter.

It seems like a lifetime ago for New Jersey Devils fans.

It was December 27, 2017, when Cory Schneider was in the crease for his last W. The Devils beat the Detroit Red Wings 3-1, and Schneider looked good. He stopped 31 of 32 shots (.969 save percentage), only allowing one Justin Abdelkader goal to slip past him. Since then, the former Vancouver Canuck has posted a line of 0-15-3. It doesn’t get much worse than that.

If you look beyond the bad play, you’ll see that Schneider has been severely hampered by injuries. A groin injury spelled his replacement as the starter by Keith Kinkaid last season, and this season he’s found himself on the IR once again with an abdominal strain.

Devils fans hope that he gets healthy and right again soon. They could really use it.