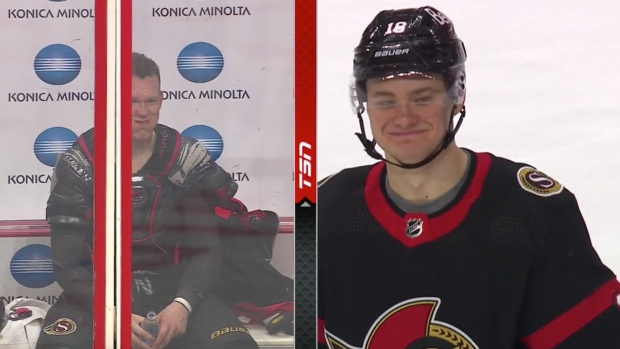 To quote one of the best vines of all time,

And luckily for sure, we were able to see these two share a hilarious moment during the Sans match up against the Habs Tuesday evening.

Following a fight between Tkachuk and Ben Chiarot in the first period that was brought on by a Chiarot hit, Tkachuk was just vibing in the penalty box when he and Stützle caught eyes between whistles, to then giggle at each other.

What's better than this? Just guys being dudes 😎 pic.twitter.com/NjMUGKgZvx

Like, just look at these kids! This moment is so wholesome and may even be giving some of our favourite NHL bromances a run for their money.

Honestly, we’re kind of torn here but we can’t deny that these two are in for a solid future as not only teammates but as best friends as well.

We can only imagine these two doing karate in the garage with those grins.

And it seems like the hockey world is pretty much in the same boat.

tim stützle & brady tkachuk are gonna force me to like the sens https://t.co/OHSuHfVwEe

Find someone who looks at you the way Tim Stützle looks at Brady Tkachuk https://t.co/LxnYVupb4K