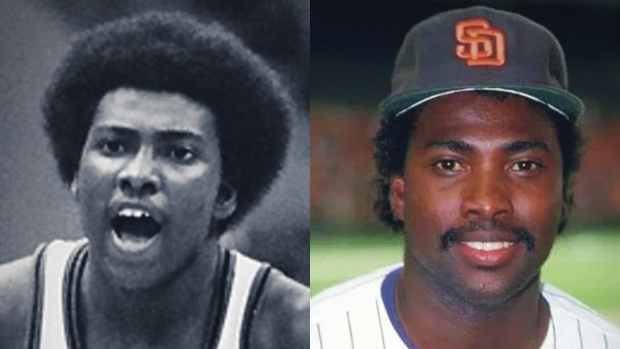 The moment a young aspiring athlete gets drafted, has to be one of the most important days within their life.

But we can only imagine how hectic June 9th 1981 was for Tony Gwynn and his family, as the baseball legend wasn’t just selected in the MLB Draft, but he was also drafted in the NBA draft.

I love that @BrianOGrady21 walk up song is thuggish ruggish bone! #slapper

Just hours apart. How wild is that?!

40 years ago today, Mr. Padre himself was drafted in the third round at 58th overall by the San Diego Padres, while just hours later he was also selected by the then San Diego Clippers within the 10th round as the 210th overall pick.

This occurrence sparked major news headlines back then as Gwynn became the first collegiate athlete to be drafted in two different sports on the same day.

Looking back at his stats 40 years later, we can testify that he definitely made the right decision. With 3,141 career hits and a batting average of .338, there’s no denying it.

Though during his days at San Diego State, he actually played four seasons of basketball and three seasons of baseball and is the only player in the history of the Western Athletic Conference to earn all-conference honours in both their respective sports.

So yeah, it’s safe to say Tony was an absolute weapon at both baseball and basketball.