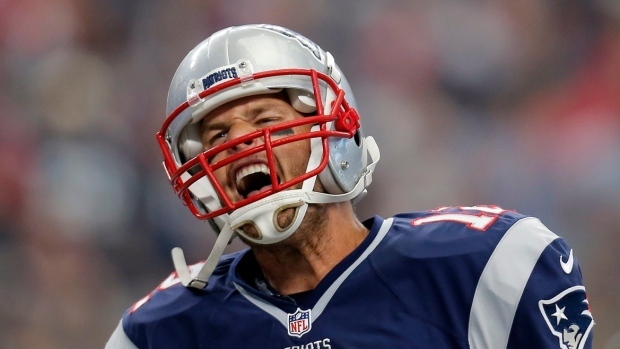 Besides Tom Brady, Zdeno Chara knows a thing or two on what it's like to win as a leader in the city of Boston.

Prior to Game 1 of the Stanley Cup Final, Brady voiced a pump-up video that aired on Chara's Instagram account featuring the city of Boston and it's successful sports teams from the past and current group of Bruins.

Zdeno Chara’s hype video is out. It’s co-narrated by Brady. And I’ll now be running through a wall. pic.twitter.com/a3EHOGjAvF

"We're made from triumph and failure, pain and glory, but we remain determined because in Boston we expect more. We set the bar high and fight for every inch to get over it," Tom said. "Here the destination is part of the journey and we're not done yet. We've been here before, and we're still here. We are made for this."

Even if you're not a Bruins fan or dispise Brady, you can still agree that it's a quality hype video.

If the Bruins are able to win the Stanley Cup, they will become the third current champion team in the four North American sports organizations, joining the Boston Red Sox and Brady's New England Patriots.

Zdeno Chara with plenty of kind words for Tom Brady:

“I only have great experiences talking to him. For sure, I really admire him.” pic.twitter.com/92101FZHWs