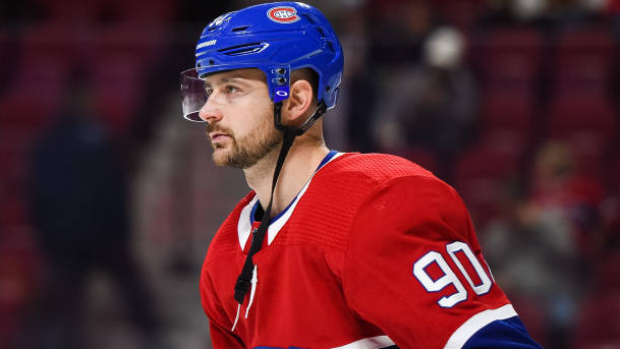 When the Habs acquired him from the Golden Knights, expectations for Tatar's game were tainted after a tough 2017-18 campaign split between Detroit and Vegas.

While Habs fans were more than happy with his production this year, it's off the ice where he really started to resonate with fans, specifically when one fan was caught saying "Tomas Taaaaattttaaaaaaaaaaar" on air."

If they're not yelling out Tatar's name at any given time, then there's a good chance that you'll hear the word "tuna," Tatar's nickname.If it isn't obvious why they call him that, then you need to go some fish and chips right now, and lather some tartar sauce in on the side.

We now have a good understanding of the nickname, thanks to the fine folks over at Reddit Hockey. Specifically, Amphibious_Fire who posted a quote from the latest podcast hosted by former Czech hockey players, Marian Gaborik and Boris Valabik.

“It happened when I got called up to Detroit for the first time. One day Tomas Holmstom was walking around me, looked at my name and was like ‘Tatar? F*cking Tuna’ and then everyone started calling me Tuna.”

It's as simple as that. Nicknames are supposed to be easy, and sometimes they come to you like tartar sauce on two fresh pieces of deep-fried halibut.

In the meantime, here's a TikTok video of Tatar and his girlfriend speaking and learning French together, as well as him juggling toilet paper on his stick when the pandemic first started.

Tomas Tatar is keeping his hockey skills sharp at home.

Show us your hockey skills and fandom using #HockeyAtHome for a chance to be featured!