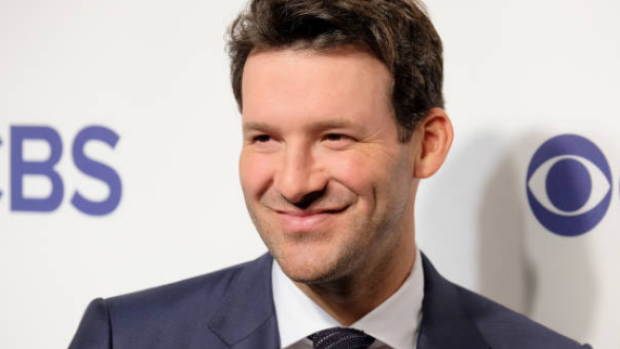 Tom Brady and the New England Patriots weren't the only winners from Sunday's AFC Championship game on Sunday.

Another year, another Super Bowl appearance for Tom Brady 😮 pic.twitter.com/U7YCmO7Gy7

Former quarterback turned broadcaster Tony Romo stole the show once again, predicting several of the Patriots big play calls that helped propelled Tom Brady and company to their fifth Super Bowl appearance in eight seasons and their third consecutive in a row.

Here's a sample of Romo accurately predicting what Brady and the Patriots' offence mustered up during their fourth-quarter comeback.

Twitter was abuzz with his sterling ability to foretell the plays.

If @tonyromo ever tells you tomorrow is your last day on Earth, you best get your affairs in order.

do you know if Durant is leaving @tonyromo

And Tony Romo has firmly taken the mantle of best analyst in football. He was incredible. I love when the analyst tells you what WILL happen.

While we'd all like to keep hearing his brilliance in the booth, it wouldn't be surprising whatsoever if he were to get a job as an offensive coordinator or some sort of coaching role in the NFL.

Great commentating by Tony Romo. He should be a coach. He called out everything that they were doing.

If you enjoyed Romo in the booth, you'll get to see him again in two weeks time calling Super Bowl LIII for CBS.

Tony Romo will call the Super Bowl for CBS. He’s earned it.

I’m just happy Tony Romo finally gets to go to the Super Bowl.