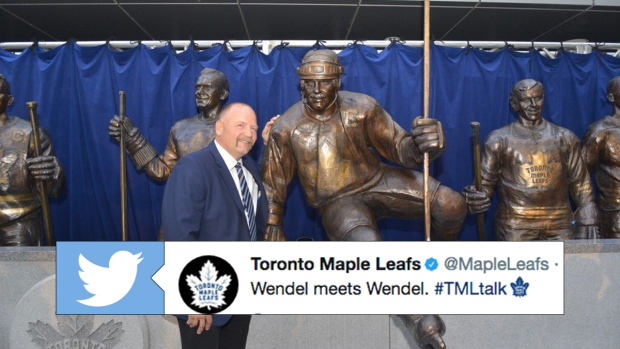 Earlier this year, the Toronto Maple Leafs unveiled the final four members of Legends Row and they're going to be the last additions for a little while.

Wendel Clark and Frank Mahovlich got a sneak preview of their statues earlier this year, but they got to see the final product on Thursday afternoon.

Today, Wendel Clark & Frank Mahovlich visited the studio of artist Erik Blome to check in on the construction of their Legends Row statues. pic.twitter.com/UNImrIbIJB

The Leafs' Legends Row is now set and won't be changing anytime soon.

The four former players join the following list of players on Legends Row.