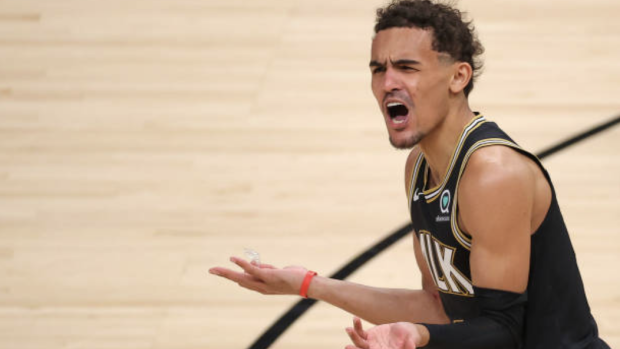 The video game revealed their ratings for the NBA's top players on Wednesday!

You could say that Trae Young isn’t too impressed with the rating. While many of the league's best performers were rated above a 90, the Hawks point guard was only given an 89.

Young proved himself this past year as easily one of the biggest stars in the league. He was fifth overall in points with 461 in 16 games this postseason. Young expressed his concerns on Twitter and was pretty surprised that it wasn’t higher.

Even his own team was shocked!

Yes, it’s just a game but we definitely see the confusion.