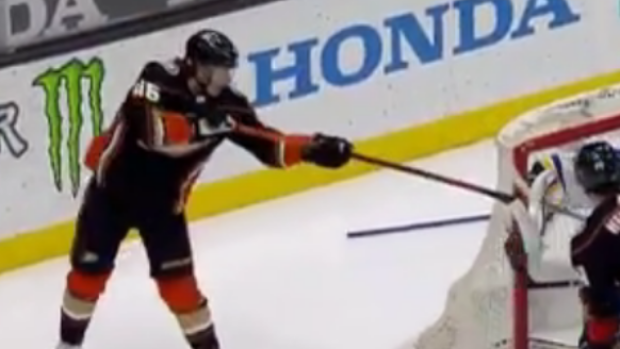 Trevor Zegras is in the NHL, and we’re all extremely excited. The flashy youngster made waves in World Junior Championship, helping Team U.S.A. take home the Gold.

If those around the hockey world hadn’t heard of him before, they definitely heard of him after Juniors. That quickly fast-tracked the narrative for the Anaheim Ducks; when will they call up their future star?

Finally, Zegras has arrived. He’s been relatively quiet through his first handful of games, but an absolutely snipe of a shootout goal got the viral ball rolling. On Monday, Zegras nearly scored what would have possibly been the flashiest first career NHL goal of all-time.

We get the feeling that this won’t be his only attempt at it.