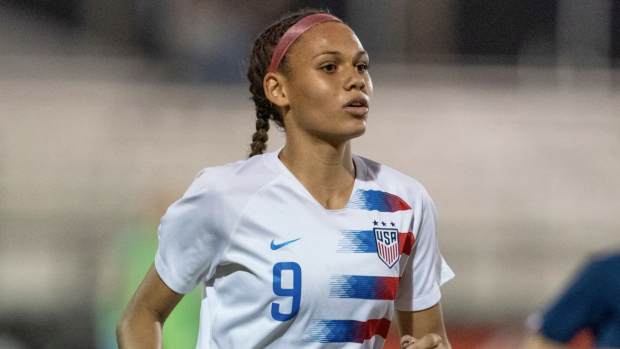 On Wednesday evening, the National Women’s Soccer League held their 2021 draft and welcomed a new group of young talented women to their organization.

Though if you check out the players who were drafted, you may spot a familiar name.

With the 2nd pick in the 2021 NWSL Draft...@WashSpirit selects: Trinity Rodman from Washington State University

And the reaction Trinity and her mother Michelle had once they found out the news is fueling our wholesome content-loving hearts.

Following defender-midfielder Emily Fox who was selected first overall by Racing Louisville, 18-year-old Trinity became the youngest selection within NWSL history and just the second-ever teenager selected within the draft.

And it gets better.

Trinity had just registered for the draft the day before.

Trinity has already made quite the name for herself after being a standout star within the U.S. Youth National Team’s program and scoring eight goals and six assists for Team USA at the 2020 CONCACAF under-20 women's championship.

Coming out of the Washington State’s ladies soccer program, Rodman had never officially suited up for the Cougars due to the on-going COVID-19 pandemic, leaving the 2021 season to be postponed until spring 2021.