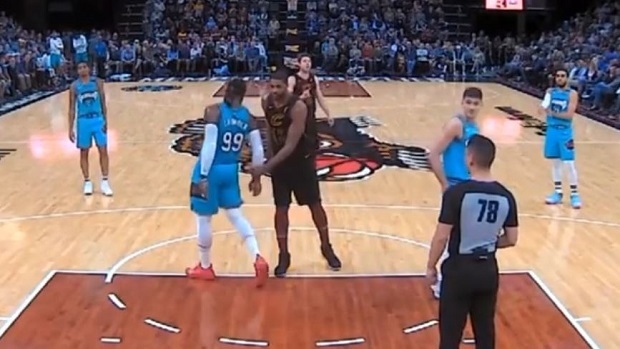 Friday night was a very unusual night in the NBA.

We saw Kyle Lowry hit one of the weirdest three-pointers, DeAndre’ Bembry found out the hard way that you can’t pump fake a free throw, and Tristan Thompson was ejected from the game for slapping Jae Crowder on the butt.

Tristan #Thompson got ejected from the game for slapping Jae #Crowder on the butt 😂🤣 . (🎥: @sportscenter)

Crowder and Thompson were teammates in Cleveland during the 2017-18 season, so Thompson decided to acknowledge him as he passed by. Clearly Crowder wasn’t up for the interaction with Thompson and the officials hit Thompson with his second technical of the night and ejected him from the game for his actions.