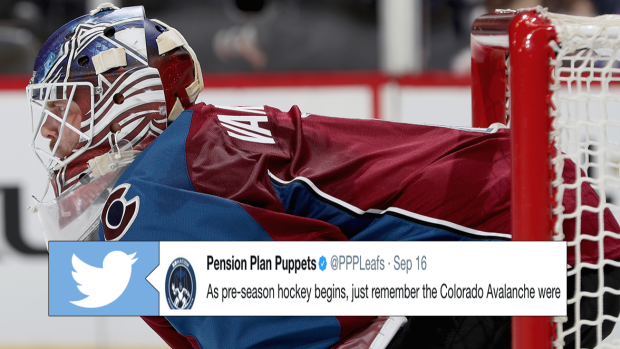 This past weekend, the NHL preseason officially got underway and on Sunday night, the Vegas Golden Knights started their preseason with a bang.

The Vegas #GoldenKnights are off to a good start after beating the Vancouver #Canucks 9-4 on Sunday. . . See all their best tweets from the game at BarDown.com

Vegas was excited on the ice and on social media, and understandably so as they crushed the Canucks, but if we learned anything last season, it's that preseason wins and losses don't matter in the slightest once the regular season rolls around.

A few hockey fans and @PPPLeafs were quick to remind the hockey world of that fact by chirping the Avalanche.

Remember when the Avs were undefeated in the preseason last year? Good times.

Avalanche were undefeated in the pre-season last year

Obviously the preseason is great for teams to get a good look at their young talent and the players they expect big things from, but the preseason record of a team doesn't matter in the slightest.

We all know how the Avalanche did last year, but further to that point, the Coyotes and Red Wings finished first in their divisions in the preseason last year and didn't make the playoffs.  The Penguins went 3-3 in the preseason and won the Cup again.

Can #SidneyCrosby and the #Penguins pull it off again next season? 🤔