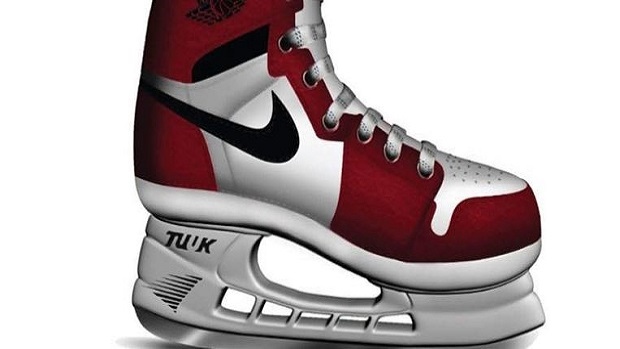 Nike and Michael Jordan teamed up to create shoes in the mid-1980’s and to say they’ve been going strong ever since would be quite the understatement.

The first shoe Nike produced for Michael Jordan was the Air Jordan 1.

Designed by Peter Moore, the shoe hit the shelves in April 1985 and they were a perfect mixture of red, black and white to go along with his Chicago Bulls uniform.

While Jordan and Nike continue to have the upper hand in the basketball shoe community, they don’t have much going on in the hockey world. However, that could all change thanks to designs like this one, courtesy of Phillip Carlson and Vincenzo Arnone.

@phillipnorman X @thevincenzoarnone Jordan 1 skate concept Phillip came to me with the original render made from his sketch by Matthew Hryniewiecki and I made some adjustments and added some little things. Would love to see something like this become a reality in the future. #hockeyplayer #hockey #hockeyskates #hockeygram #nhl #concept #jordans

Nike used to be one of the top dogs in the hockey community when it came to equipment, but they got out of the hockey business more than a decade ago. However, maybe they’ll think about making a return with throwback styles like this one.