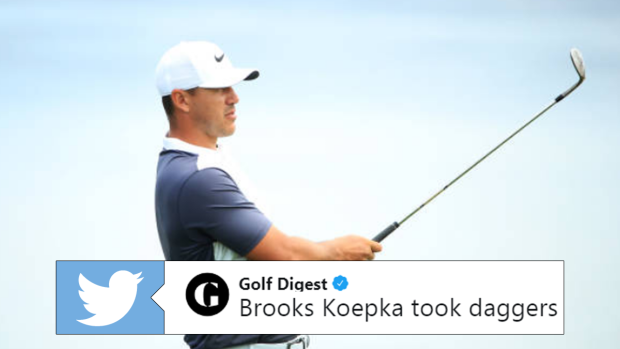 Brooks Koepka has this strange thing with winning majors on the PGA Tour. While majors are supposed to be the hardest tournaments to win, four of his six victories on the tour have been from majors.

He won the U.S. Open in 2017 and 2018, and the PGA Championship in 2018 and 2019. If patterns mean anything, he should at least be in consideration for a 2019 U.S. Open Championship. When he found out that he had not been included in a FOX Sports promotional video for the tournament in which he was a two-time defending champ, he was actually pretty upset about it.

Brooks Koepka, the 2-time defending US Open champ, is not happy he wasn’t in FOX Sports’ US Open commercial 🔥 pic.twitter.com/0WK5GUrBqs

Fans respected his openness and honestly, while also agreeing that he should have been included.

On being left out of a Fox US Open promo: "Someone probably got fired over it ... or should've."

Whatever it takes to motivate one to another Major

He prefers his chips to be on the shoulder rather than on the course.

He’s spot on about the complaints. Someone has to tell these golfers that submitting anonymous complaints about how unfair the game is needs to point out that it’s bad form.