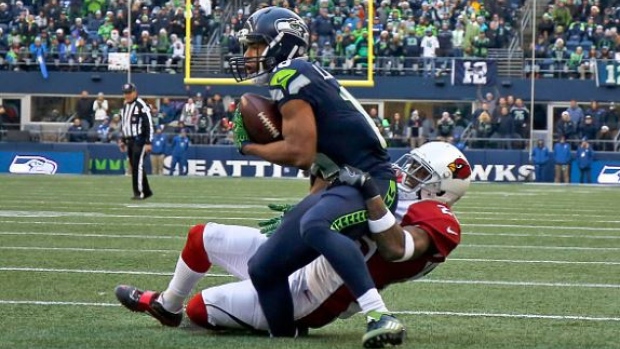 Despite starting the season 3-1, there was some concern surrounding the Seattle Seahawks at the beginning of the year due to their lack of offence. They didn’t help their cause following their Week 5 bye when they went 1-1-1 from Week 6 to Week 8, however, they went on to win 5 of their next 7 games to clinch the NFC West.

One of the biggest reasons for their improvement on offence was the emergence of Tyler Lockett after recovering from his injury he suffered earlier in the season. On Saturday, the Seahawks and their fans went through a roller coaster of emotions in a matter of seconds. As Lockett came up with a huge catch near the goal line, things were looking good for the Seahawks. But what they didn’t notice during the play was the way Lockett’s leg twisted as he was taken down.

(Warning: The injury is pretty graphic)

Legs are not supposed to bend like that at all. Here’s a closer look at it.

You never want to see a player go down like that. It’s not going to be a speedy recovery for Lockett, but hopefully it’s a successful one.

Sending our best to @TDLockett12 🙏