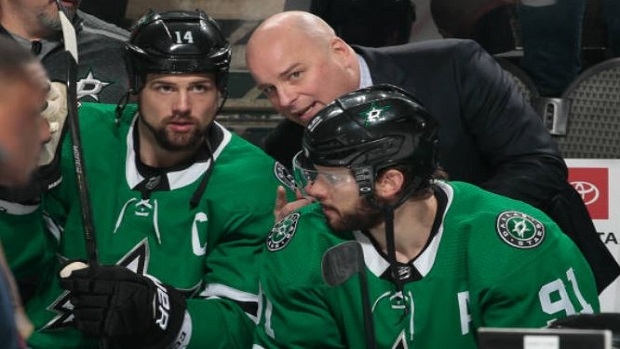 Jim Montgomery experienced his fair share of ups and downs during his first season as the Dallas Stars’ head coach, but the team appeared to really buy in to what he was teaching by the end of the season.

Although the season didn’t end the way the Stars would have liked, Tyler Seguin gave his head coach the ultimate vote of confidence on Thursday afternoon.

Tyler Seguin: “I don’t know about you guys, but I’m good with this coach for the next eight years, at least.”

Seguin’s brand new eight-year, $78 million contract kicks in next season and the five-time NHL All-Star wouldn’t mind having Montgomery behind the bench for all eight of those seasons.

Jim Montgomery on what he told the Stars after their season ended tonight. pic.twitter.com/soWSYhFm71

The Stars made their first playoff appearance since the 2015-16 season, where they also happened to lose to the St. Louis Blues in seven games in the second round.