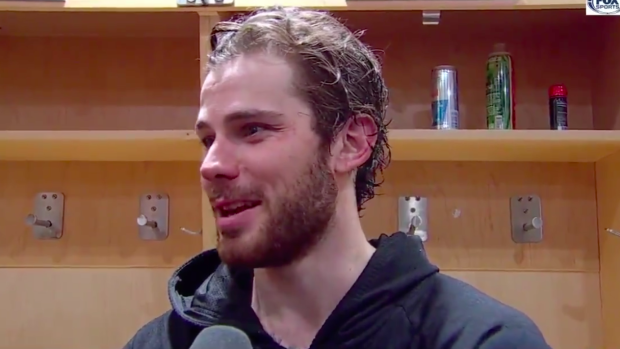 Playing in his hometown of Toronto on Friday night was all that Tyler Seguin needed to snap his goal drought of 17 games, apparently.

Seguin was among the goal scorers in the Dallas Stars’ 3-2 win over the Maple Leafs, and when a reporter told him that it had been two months since the last time he found the back of the net, his reaction was nothing if not genuine.

Tyler #Seguin ended a 17-game scoreless drought and scored his first goal of 2020 on Thursday night. 👀😅

It’s definitely easier to say that at the end of a two-month goal drought instead of in the middle of one.

It was a special night for the Stars overall, with multiple players celebrating or approaching milestones for career games played as well as Jason Robertson playing in his NHL debut. Not a bad game to bust the slump in!

There were plenty of storylines in tonight's win, including Tyler Seguin scoring the game-winner 👏#GoStars | @DallasStars pic.twitter.com/uMF4AUpBMW