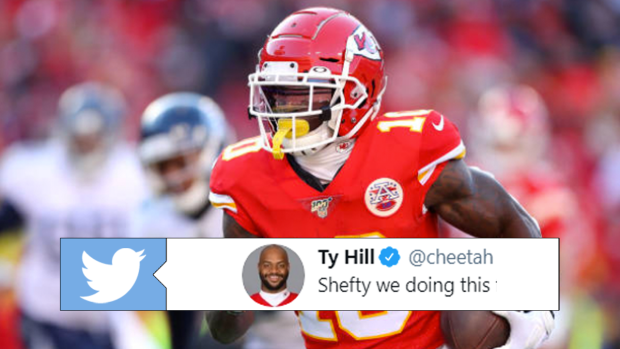 Tyreek Hill is coming off the most explosive week of his career so far, and that’s saying something. The speed demon nicknamed “Cheetah” is known for scorching his way to the end zone, combining craftiness with unbelievable speed to create one of the most dangerous offensive threats in the NFL.

ESPN’s Adam Schefter is similarly at the top of his game, albeit in a wildly different situation. The NFL reporter can be counted on for breaking quick, accurate, and informative news for NFL fans around the world.

The race would be a 100-yard dash, except Schefty would be allowed a 40-yard head start. Sounds about right.

RT if you think this offer is fair and Schefter should accept this challenge 🤝 pic.twitter.com/1EArXYsTo0

Who do you think wins this? It’s hard to bet against a cheetah, that’s for sure…