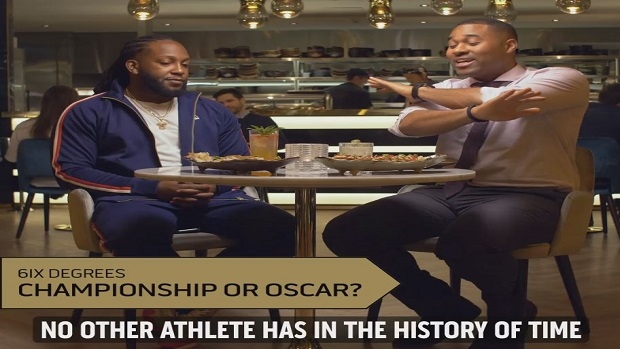 Drake’s new Pick6 restaurant opened up a couple of months ago at Yonge and Wellington in Toronto and it’s already been the site of some high class private parties.

The first official party at the restaurant was a private birthday party for Dwyane Wade, which was hosted by LeBron James, and it was a huge success.

While the location is  the home of future high class parties and some top notch food, it’s also the home of SIX DEGREES, a new original social media series hosted by E! and Much’s Tyrone Edwards and TSN's Cabbie where the duo discuss everything from sports to the hottest topics in pop culture.