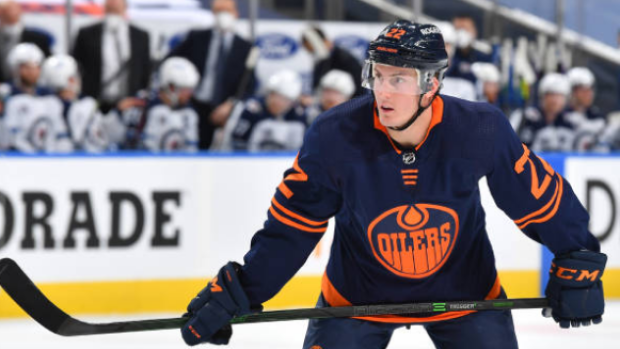 One of the flaws often pinned to the Norris Trophy is how it favours offensive defencemen rather than defencemen who prioritize, you know, defence. It’s not rare to see the scoring leader amongst D-Men end up taking home the Norris, but that wasn’t the case in 2021.

In fact, the scoring leader amongst D-Men didn’t even get a VOTE! That marks the first time in 67 years of the Norris Trophy being awarded that this has happened.

The history-making D-Man is Edmonton Oilers newcomer Tyson Barrie, who was a big part of the Oilers potent power-play unit this year. Of his 48 points on the year, 23 of them came on the power-play.

In a list compiled by JFreshHockey, Barrie is shown to be the only D-Man not to finish in the Norris rankings based on the fact that he didn’t receive a vote.

Fun fact: Tyson Barrie is the first player in the 67-year history of the Norris Trophy to lead defencemen in scoring and not receive a single vote. pic.twitter.com/1PV9zRUUeP

In case you’re thinking maybe the league had turned a new leaf on awarding offensive defencemen, think again. Adam Fox finished just one point behind Barrie and ended up taking home the honours.