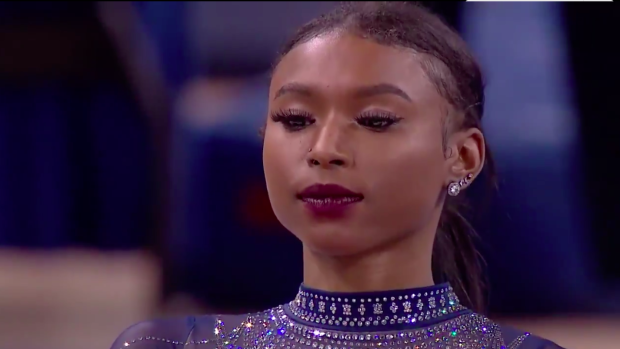 This has got to be one of the best, and certainly most unique, gymnastic routines you’ll see in a hot minute.

Taking on Arizona State, UCLA gymnast Nia Dennis put on an incredible routine that featured the music of Black artists Kendrick Lamar, Beyonce, Missy Elliott, Soulja Boy, Megan thee Stallion and 2Pac. This was intentional, as Dennis dedicated the performance to her culture as well to the city of Los Angeles for the team’s home opener.

Dennis’ performance scored a 9.95 to clinch the win for UCLA. “This is what #blackexcellence looks like,” said UCLA Gymnastics on Twitter.

This is what #blackexcellence looks like. @DennisNia does it again! 🔥

Dennis’ routine became a viral sensation on social media for its exclusive use of Black artists and celebration of Black culture.

Missy Elliott, who was among the sampled artists, chimed in on Twitter with her own message of approval.