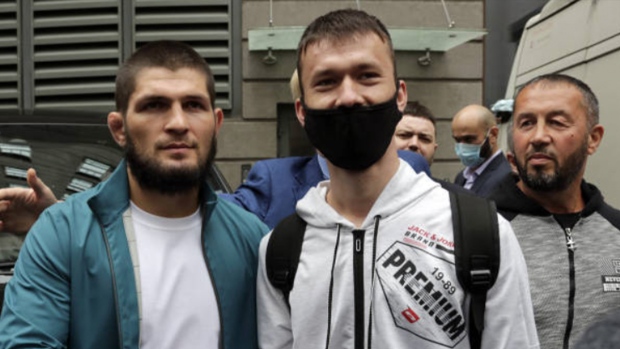 MMA is a rigorous sport, unlike Boxing you have the element of wrestling and kicking involved in the fight as well. There is so much training that goes into being and MMA fighter which all leads to your to matchup in the cage to face your opponent. We can only imagine what it would take to be an MMA fighter because these athletes are simply BUILT DIFFERENT.

It’s not all craziness though as these fighters are humans at the end of the day and have insecurities like you and I or get excited to just to eat some fast food. In this trailer of Embedded where fighters are followed around Fight Island, we see just that.

Off to the beach 🏝

I think the best part is watching Justin Gaethje lick his dipping sauce but being the Canadians that we are really hoping that’s maple syrup. UFC 254 happens this Saturday where the aforementioned Gaethje will take on the undefeated Khabib Nurmagomedov.