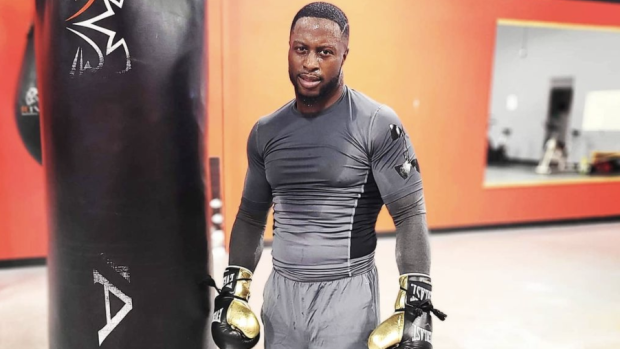 If you've never heard of the name Custio Clayton, do yourself a favour and continue reading.

One day until Custio Clayton becomes the first Nova Scotia to win a world #boxing championship since 1900. George Dixon and Billy Smith lost their titles a week apart in January of that friggin year.

Showtime in in the USA pic.twitter.com/hUGygWwiss

Custio Clayton is a 33-year-old Canadian boxer from Nova Scotia.  On Saturday, he's fighting for the Interim IBF World Welterweight Title and if he were to win, he would make history becoming the first Black, Nova Scotian boxer to win a world title in over 100 years.

Clayton's record is an undefeated 18-0 with 12 knockouts.  He's a former Olympain for Canada in 2012 and has a number of championships to his name already, but the importance of this belt he's about to fight for is different than any belt he's fought for previously.

Clayton is also an inspiration to so many not just in Nova Scotia, but in Canada.

My student got quite the surprise when he wrapped up his biography on @CustioClayton... Thank you so much for taking the time to make a student’s day! #rolemodel pic.twitter.com/vu7ZFainI4

All of Canada will be watching and cheering on Clayton Saturday night, and you can watch the bout on TSN3 at 9pm ET and TSN5 at 10pm ET.