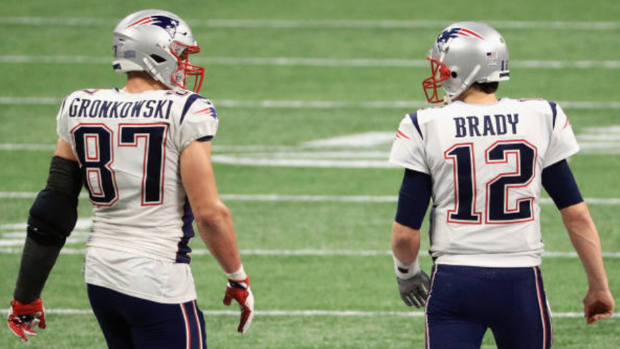 42-year-old Tom Brady may seem like the old man of the NFL (unless you’re including kickers… but we’re not), but the New England Patriots legendary quarterback has social media more figured out than most. After wins, Brady can be seen routinely playing the role of villain and bragging about the victory.

The conquers, and then he talks about it.

He’s also become a master at the art of trolling, and he toyed with the hearts of fans on Thursday by using one of his former, and now retired, weapons.

Reunited and it feels so good! https://t.co/rcy0mPYa4M

Replying to a tweet from Rob Gronkowski (the tweet was to do with Rob’s brother Chris Gronkowski joining TB12), Brady explains “reunited and it feels so good!” Seems harmless enough, except for all those immediate heart attacks from Twitter users understandably thinking the tweet was referencing Gronk and Brady reuniting as teammates.

Maybe it was an accident? We don’t think so.

Don’t play with my feelings like this Tom and Rob

I thought this was gonna be about something else. Why do you gotta do that to me?

Hey guys cut this out before I get all emotional 😭

Man, I saw this and went on every news app I have as I thought this meant Gronk was back at home with his 2nd family. I was so excited. Still praying it still happens.

I love both ypu, forever ,but this is not nice ,I finally got over the loss ,lol ????