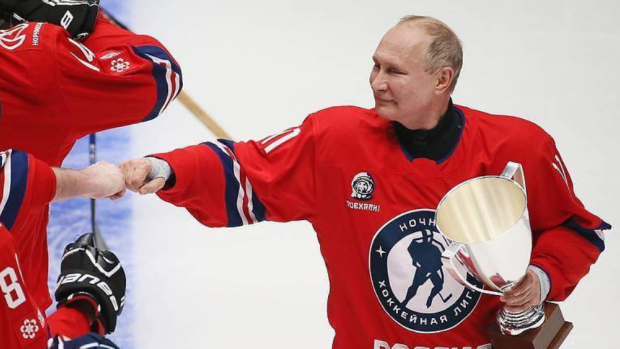 Once a year, Putin straps on the skates and participates in the hockey spectacle, and (wouldn’t you know it!) he literally always wins. Not only does he win, he’s always the shining star, despite having very questionable skating and hockey abilities.

Wow, what an inspiration! On another subject, has anyone seen my eyes? They seem to have rolled right out of my head.

The president, of course, isn’t facing full-fledged defending from his opposition. You could argue that the most real sight that’s happened at this game would be when Putin failed to see a carpet on the ice.

Vladimir Putin trips and falls while saluting the crowd after his exhibition game where he scored 8 goals 😂 pic.twitter.com/YfbumLYTl8