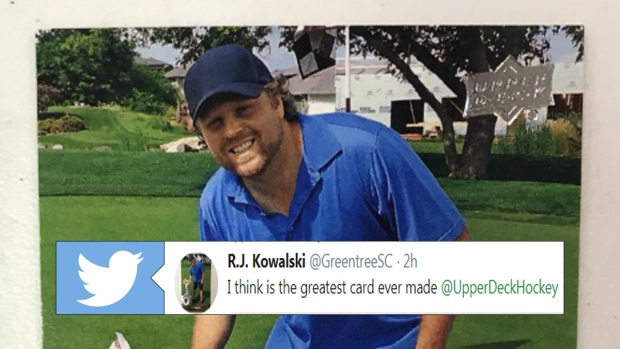 Phil Kessel usually tends to be the butt of the joke, but at the end of the day he’s a two-time Stanley Cup champion.

During his time with the Toronto Maple Leafs, Kessel had a lot of hot dog related jokes tossed his way. However, he ended up using his day with the Stanley Cup (the second time) to get the last laugh by posing for what might be the greatest photo of all-time.

Not only did photos of Kessel and a Stanley Cup full of hot dogs go viral almost immediately, it’s been turned into a hockey card in a recent Upper Deck collection.

.@UpperDeckSports made Phil Kessel’s incredible day with the cup into an official hockey card. . (Via: Twitter/RJ Kowalski)

There’s been a lot of cool cards designed over the past, but this is easily the greatest one that’s ever been printed.

Card collector or not, this is a must-have for any hockey fan out there.