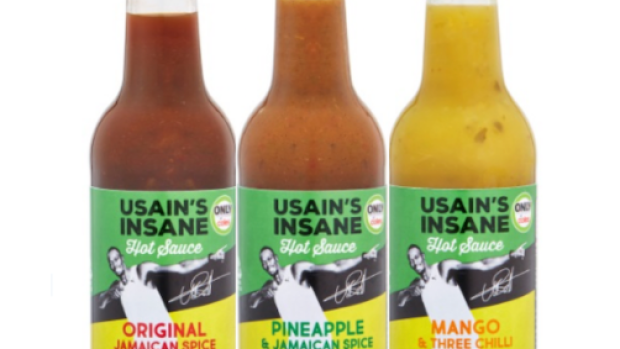 After cleaning up in the Summer Games by winning eight gold medals spread over three Olympics, Usain Bolt is ready to tackle the next chapter in his life.

Now that has a nice ring to it.

The Brazilian took it upon himself to reach out to chili farmers in at the Austchilli farm in Australia to launch Usain’s Insane Hot Sauce, and hopes his spicy sauces will reach all over the world

“As I travelled the world I realised that Caribbean food was not readily  available outside places like the US, and I wanted to bring these special flavours to Australia.” Bolt said to Mikayla Haupt of News Mail.

Bolt will release three different flavours: Jamaican spice, mango and three chilli, and pineapple and Jamaican spice.  The recipes are said to be inspired from members of the Bolt family. The sauces will be available for purchases at the Australian Supermarket Coles.

My Jamaican Hot Sauces Available in Australia. Get it @Coles today 🔥 pic.twitter.com/T5LC8k9uB6