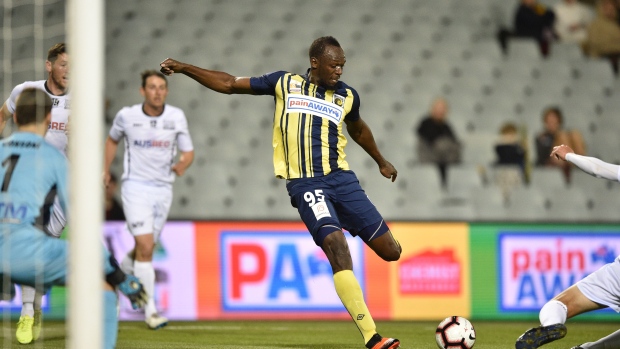 Since retiring from the track, Usain Bolt has pursued his dream of a soccer career with the Central Coast Mariners of the Australian A-League.

Of course, the fastest man alive can take it to his opponents out on the pitch as well. In a preseason match, Bolt scored his first two career goals as a professional footballer.

BOLT HAS HIS BRACE! ⚡️

You don’t often get to see one of the greats in a sport give his go at another (Michael Jordan’s baseball career notwithstanding) and it’s exciting to see Bolt switch lanes. The A-League isn’t necessarily a prominent or high-level league, but it is the top league in Australia, and Bolt’s presence has absolutely made for thrilling television.

This guy can do anything — we’ve even seen Bolt win races in zero gravity.