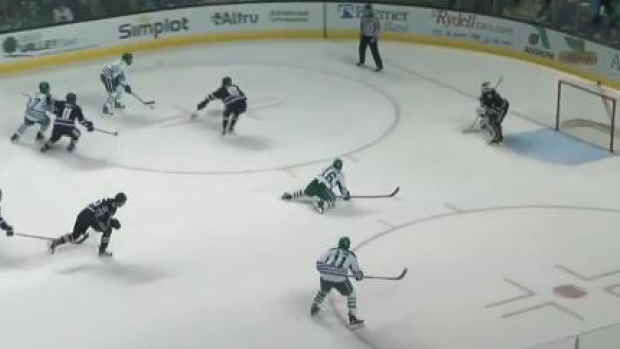 Last night during the University of North Dakota Fighting Hawks' 6-4 win over the Omaha Mavericks, North Dakota forward and Colorado Avalanche prospect Tyson Jost made headlines after scoring an early goal of the year candidate. While it was undoubtedly the nicest play of the game, his teammate and Vancouver Canucks prospect Brock Boeser put on a clinic and scored some beauties of his own.

For his first, Boeser went end-to-end and displayed great finish after spinning on the ice and recovering to put his team up 3-0.

For his second, the Minnesota native intercepted a pass out of mid-air and roofed an insurance goal that put his team up 6-4.

Things aren’t looking great for the Vancouver Canucks right now, but at least Boeser is an impressive talent to look forward to seeing in the lineup.