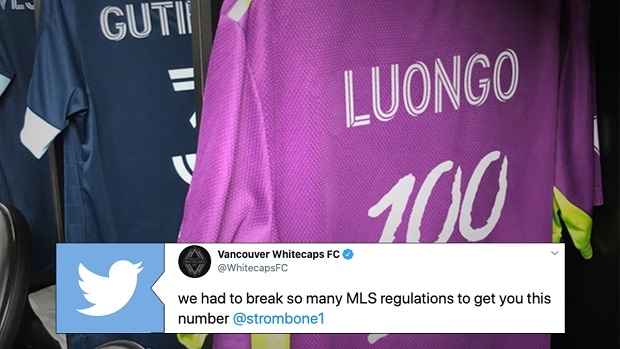 The Vancouver Whitecaps FC will conclude their group stage play on Thursday morning when they go head-to-head against the Chicago Fire FC.

On Tuesday, Whitecaps head coach Marc Dos Santos stated that his squad would not have a backup goalie on Thursday’s roster and mentioned that a player would have to be the emergency backup goalie, if need be.

Well, the Whitecaps’ social media team reached out to a possible emergency backup goalie who happens to reside in Florida.

A few hours after reaching out to Roberto Luongo, the team decided to show the former NHL goalie what his jersey would look like.

we had to break so many MLS regulations to get you this number @strombone1 pic.twitter.com/IPDZuigcmo

Luongo finally responded to the request and it was the most Roberto Luongo response of all-time.

I only go by Strombone1 nowadays

Don’t expect to see Luongo take the pitch with the Whitecaps on Thursday morning, but that would have been amazing if he was able to join them on the sidelines.