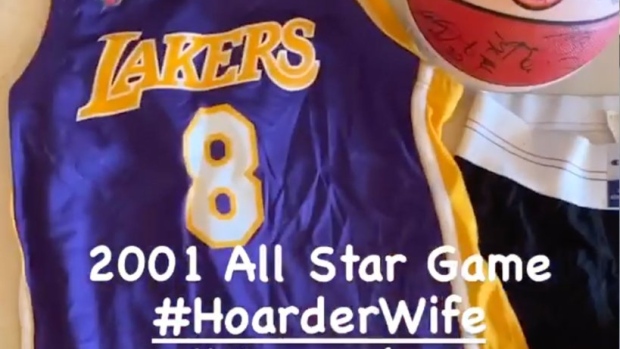 Is someone cutting onions in here?

On Tuesday, Vanessa Bryant was going through some of her treasured possessions on Instagram. The loss of Kobe still hits hard — especially for her, we’re sure — and some of these throwback items are sure to inspire memories of Kobe’s early days in the NBA.

Here, we have Kobe's jersey from the 2001 and 2002 All-Star Games, championship gear from the immediate aftermath of the Lakers' 2001 NBA championship win as well as a pair of Kobe’s early-career Adidas kicks.

Vanessa Bryant wasn’t joking about being a hoarder, that’s for sure. It’s crazy to think that some of these moments from Kobe’s career were almost two decades ago, but we’re sure it’s nice to be able to revisit them through the actual memorabilia.

Honestly, treat yourself, why don’t you? Kobe’s highlights from the 2002 All-Star Game — which he won the game MVP for — are an absolute delight.