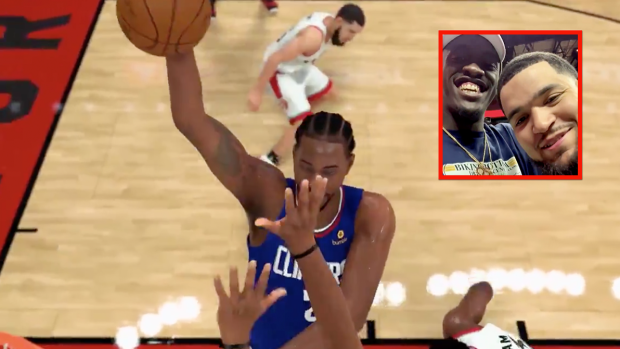 The Toronto Raptors are the reigning NBA champions, but they weren't shown much love in the new NBA 2K20 trailer (unless you consider Norman Powell getting dunked on by Kawhi Leonard in Toronto some form of love).

The aforementioned Kawhi poster was the only screen time the Raptors got in the first trailer for the newest game in the 2K franchise, but the Raptors players don't seem to mind based on their reaction to the trailer because, well, they're still champs.

Nobody can take away a title win and regardless of what's happened to the Raptors as a team since (or what happens to them going forward), the group of players that helped deliver the franchise's first championship will always be remembered.

It's hard not to look forward, though, especially with Kawhi now gone, but the immediate future should be bright and the league tends to agree considering the Raptors will reportedly be playing on Christmas Day for just the second time in franchise history.