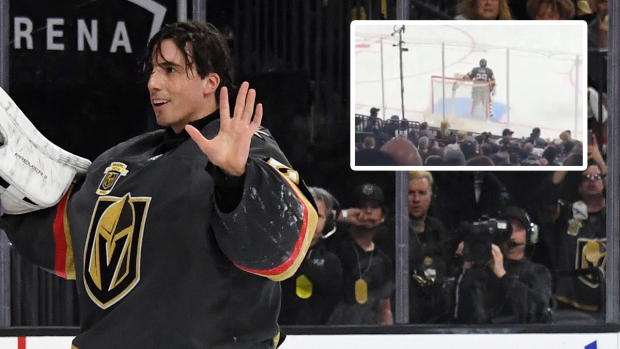 The team has been consistently performing at a level of a true contender all season long, but in their first-ever season, it still seems surreal to many. We’re not sure that’s going to happen again after last night. In the first game of their second-round matchup with the San Jose Sharks, the Golden Knights dominated and won 7-0.

The fans were obviously having a blast throughout the night, but after the game went to 7-0 there was a wave going around the arena. With not much to worry about between the pipes, Marc-Andre Fleury joined in.

Does everyone hate the wave less now that 🌸 loves it? pic.twitter.com/oyhnCL03CS

The wave is often hated on at sporting games because it’s a clear sign that fans aren’t paying attention to the game, but I think we can all make an exception when a team is up by a touchdown in hockey. If a member of the team can make an exception, so can everyone else.

With how exciting that win was, Bryce Harper was probably doing the wave at home.