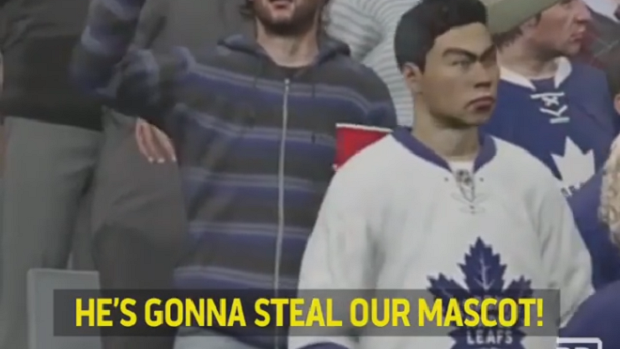 The Toronto Maple Leafs are one of the most consistently branded teams in the NHL, so they’ll probably never make a mascot change. However, if they did, now would be the perfect time to switch to something that matched their young core.

You know kids these days, they’re on their Snapchat and Instagram, and the biggest thing in social media right now is a dancing hot dog (Yes, seriously).

We have no idea how to explain the phenomenon, but we can imagine a world where the Maple Leafs decided to take advantage of it. Take a journey into that bizarro dimension in the latest Thumb League.

If the youngsters with the Leafs have trouble selling the brass on the new idea, all the need is to take a page from Snapchat’s (fake) presentation.

If you’ve missed any of the past Thumb Leagues, check them out here: