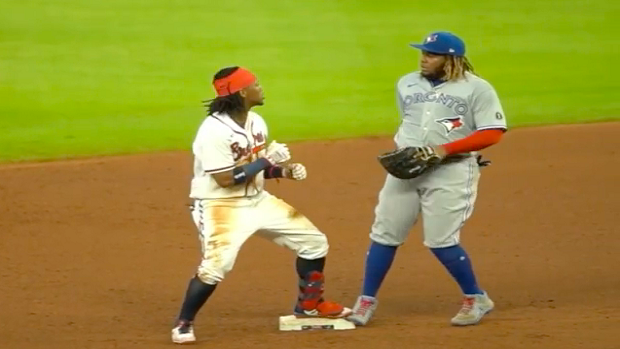 You would think that with no fans in the stadiums the players would be able to hear someone else creeping up on them.

During Tuesday night’s game between the Toronto Blue Jays and the Atlanta Braves, Vladimir Guerrero Jr. appeared to startle Ronald Acuna Jr. while he was mid-celebration, and it made for a pretty hilarious exchange between the two young stars.

It’s hard to tell if Acuna saw Vladdy approaching him and had the response ready to go once he got closer or if they were just both equally startled by the interaction.

Either way, it’s hard not to watch that without a smile on your face.