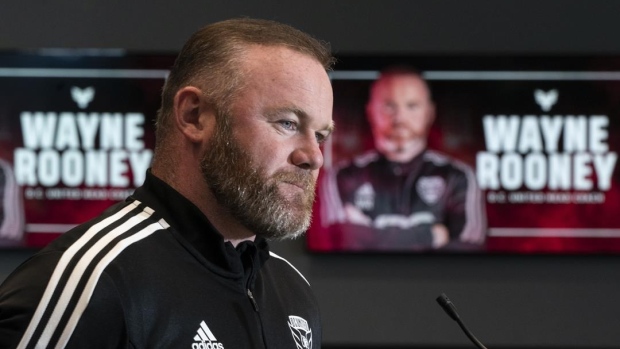 Wayne Rooney has criticised England fans for booing Gareth Southgate's side after a 0-0 draw against the United States and described it as "English prejudice."

England remain on course to qualify for the last 16 but were greeted by jeers at full time from a predominantly England-supporting crowd at Al Bayt Stadium.

The former England captain, who has returned to the U.S. to manage Major League Soccer club D.C. United, said the reaction from the English crowd was down to the nation's footballing culture.

"I know England fans expect a lot, but sometimes in our football culture we can be stubborn about recognising the qualities of the opposition," Rooney wrote in his Sunday Times column.

"This is definitely true when it comes to football in the USA. It is better than most people in England think. The standard of American players and American coaching is high and increasing in quality all the time.

"The USA are a good side with a good manager and they play with an exceptional energy which can make them difficult opponents for any team. Not to accept that is simply English prejudice. If England had just drawn with Denmark, fans would not be booing, would they?"

Rooney is England's record goalscorer and is the most-capped outfield player for the national team. However, during his playing career, he also hit out at supporters who jeered England's goalless draw against Algeria at the 2010 World Cup.

"Gareth Southgate needs to make changes for Tuesday's game with Wales and given that it would almost take a miracle not to qualify, it's the perfect opportunity for him to give minutes to players who have not been used much so far," Rooney said.

- Carlisle: Both US and England with work to do after 0-0 draw
- Southgate on critics: This is the World Cup of noise

"Top of the list is Phil Foden. I found it very strange that Foden did not come on as a substitute against the USA, and as I wrote in these pages before the tournament, he would be a key part of my starting XI if I were the England boss. Technically, he is the best footballer England have."

Rooney added: "The other big change I would make for the Wales match would be to rest Harry Kane. Against the USA, he looked like he may have been suffering the effects of a heavy knock he took in the Iran game.

"It was from a tackle in the second half and in that match I felt that Gareth should have considered taking him off at half-time. England were leading 3-0, the game was already won and Harry is our most important player.

"When there are opportunities to protect him and help him stay fit, I believe Gareth should take them -- and that is why I would keep Harry on the bench against Wales.

England need only to avoid defeat by three goals against Wales on Tuesday in order to be sure of qualifying for the knockout stages.