On Saturday night, the NHL, its fans, and players witnessed arguably its most embarrassing moment of the 2017-18 season. In a game between the Chicago Blackhawks and Washington Capitals at the United Center, four Blackhawks fans were ejected from the contest after getting into a verbal altercation with Capitals forward Devante smith-Pelly.

Four #Blackhawks fans were ejected after getting in an altercation with Devante Smith-Pelly on Saturday.

A Capitals spokesperson confirmed that the fans were chanting, 'basketball, basketball' at him.

Statement on the incident at tonight's game pic.twitter.com/7o02AaLQwz

After the game, Capitals head coach Barry Trotz described the incident as “disgusting” and that there’s no place for racism in the game.

Players and fans expressed their displeasure on Twitter, including Philadelphia Flyers forward Wayne Simmonds. The 29-year-old stated that it’s “embarrassing that this still happens,” and that the remarks didn’t shock him.

Pretty embarrassing that this still happens. Doesn't shock me though which is the saddest part of all. Those ppl should be banned from every rink in the NHL #ignorance @NHL @NHLBlackhawks

Simmonds has also endured racism from fans during his time in the NHL. In a 2011 exhibition game between the Flyers and Detroit Red Wings played London, Ontario, a spectator threw a banana onto the ice as Simmonds zeroed in on a shootout attempt. After the incident, Simmonds said “when you’re black, you kind of expect (racist things). You learn to deal with it.” 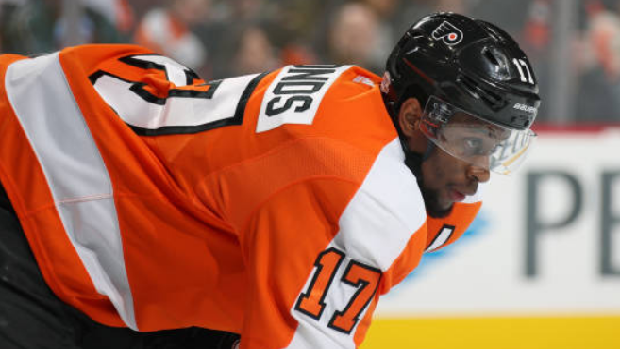 The comments towards Smith-Pelly ironically came during Hockey is for Everyone Month. The whole incident was simply unacceptable, but it’s at least good to see players speaking out in support of the player and against racism.