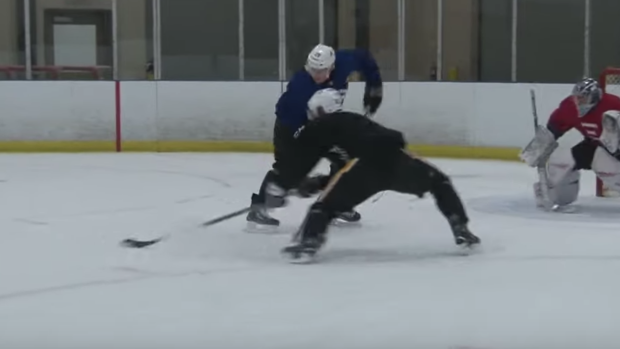 When you're considered one of the best players in your sport, we imagine it might be difficult at times to find ways to keep on getting better, especially if you've been on top for as long as Sidney Crosby has.

What separates the good players from the all-time greats, though, is that ability to take one's game to the next level when, from the outside looking in, it doesn't seem like there's another level up to go.  Every summer, Crosby goes back home to Nova Scotia and trains with some of the best players in the game today and watching him go 1-on-1 with Nathan MacKinnon is an absolute treat every single time.

Not only could we watch these two square off against one another all day, but watching them play together is just as enjoyable.  The two have some unbelievable chemistry and we seriously hope they're able to play together at the Olympics or an event similar to that.

MacKinnon's teammate Ryan Graves also joined in on the sessions in Nova Scotia and is surely learning a thing or two from going up against Crosby and company.