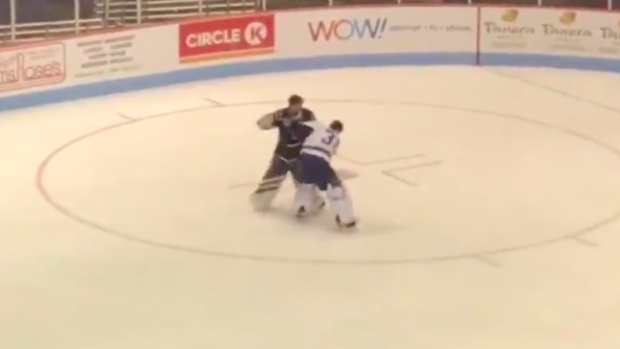 Over in the ECHL, Michael Mcniven of the Jacksonville Icemen and Logan Thompson of the South Carolina Stingrays decided to get into it, dropping the gloves for a solid tussle.

Goalie gear always makes the actual tussling aspect of the fight a little trickier, but these guys gave it their all, and it’s always funny to watch some geared-up galoots go at it anyway.