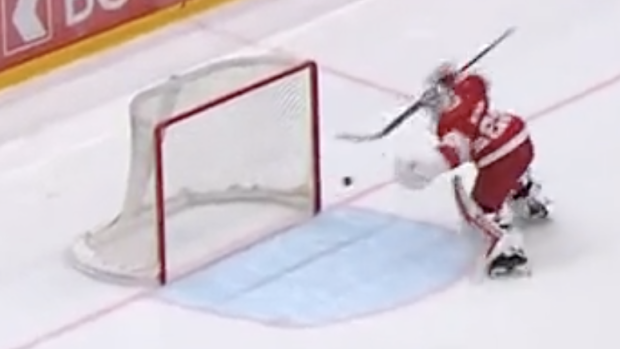 The HC Davos forward of the National League was picked for a shoot out in the teams 3-2 win over the Lausanne Hockey Club and did not disappoint.

Yes, he scored the game winning goal for his team but the way he did it should not be over looked. Rasmussen's initial shot was blocked and deflected upwards but somehow still managed to make its way back down and in off of goaltender Luca Boltshauser.

Tough day Boltshauser! Total luck with the bad bounce but hey, a goal is a goal.

Rasmussen, if anyone asks, just tell them that you meant to do it.