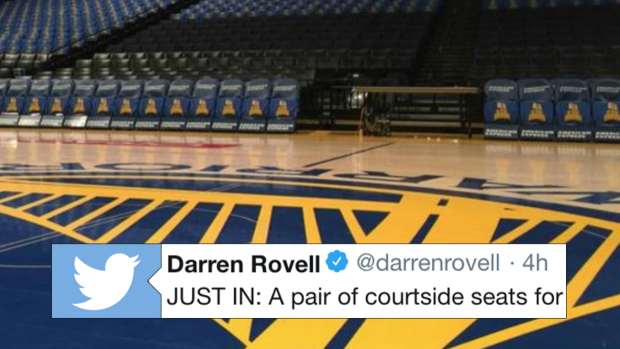 What's the most you would spend on two courtside seats for an NBA Finals game?  Before you answer, take some time to think about it because you might not think you'd spend a lot, but a chance to watch your team play from courtside in the Finals is a once-in-a-lifetime experience.

Just because it's a once-in-a-lifetime experience doesn't mean you have to spend your life savings on tickets, though, and for some people, what this fan spent for tickets to Game 3 is just WAY too much.

Almost $60k a ticket and over $110k total.  There's only one word to describe spending that much money on courtside tickets...absurdity.

We're not sure how in the world that could possibly be worth it, unless you're sitting beside Drake or another celebrity in the front row.

Even then, we can probably think of 100,000 better ways to spend that much money.