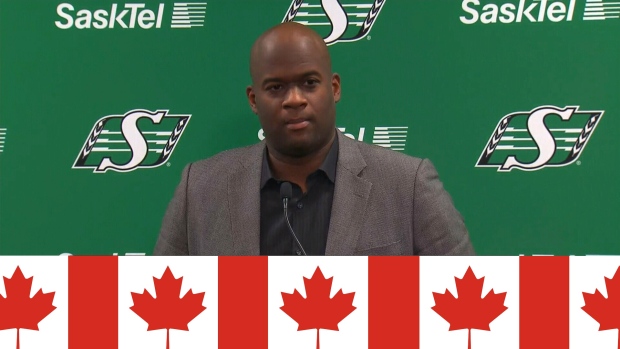 On Wednesday afternoon, TSN's own Gary Lawless broke the news agent Leigh Steinberg and quarterback Vince Young were en route to Regina to finalize a deal with the Saskatchewan Roughriders. The report was confirmed, and we saw Young in Saskatchewan holding up a green and white uniform the very next day. The third overall pick in the 2006 NFL Draft, who is now 33 years old, would be suiting up for the Roughriders.

But does Young know what a Roughrider is? Will he know what to wear when his teammates tell him it's a 'Canadian Tuxedo' night? Does he know how many provinces we have in Canada? Young joined ESPN to take their Canadian quiz... see how he did!

How does Young look in Roughrider green?