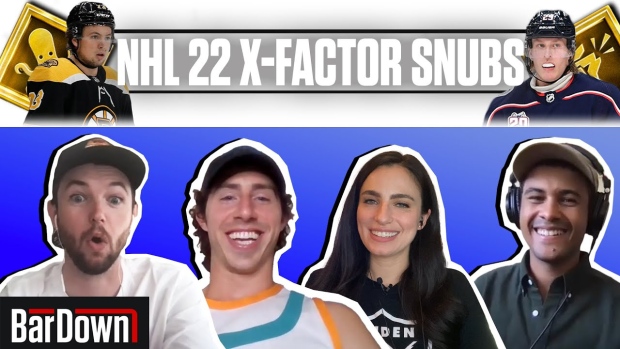 As you all know by now, NHL22 includes zone ability X factors. 50 players in the league were gifted with special abilities to use based on their skills in real life. Sounds great, right? Who doesn’t love cool new game enhancements? Well, it obviously sparked some controversy between users since only a select group made the list!

On this week’s episode of BarDownloadable presented by 7-Eleven, Marissa Roberto sat down with DZ, Corwin and Jesse to discuss who they personally think was snubbed off the list.

Who do you think was left from the X factors list?

Let us know in the comments!