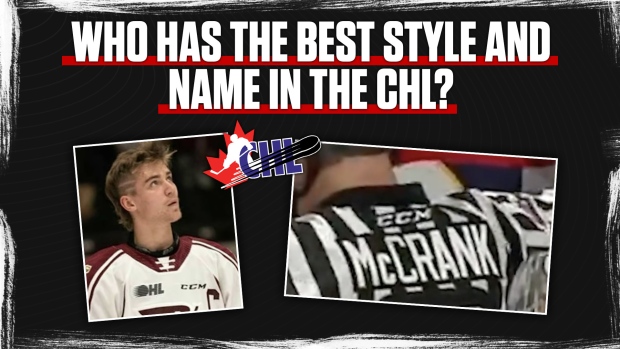 Who has the best style and name in the CHL?

The Canadian Hockey League has consistently produced some of the best NHL players to ever play hockey. It’s safe to say that the on-ice product is consistently high quality.

Though one of our favourite parts of the game isn’t necessarily about skill, but rather about players’ personalities!

More specifically, who has the best name!? For instance, if we look at the Ontario Hockey League, we love Luca DelBelBelluz or Kocha Delic, but there are plenty of other names that are competitors for the best hockey name ever…including some referees!

What’s the best hockey name ever? 🤔🤔


Style is also a factor, which we believe the BD team has in spades. Luca and Jesse even beefed about it on live television!


Check out their best style picks in their first-ever CHL panel.

The CHL will always have a place in our hearts…though which team, in particular, has BarDown’s unconditional love is still a mystery.