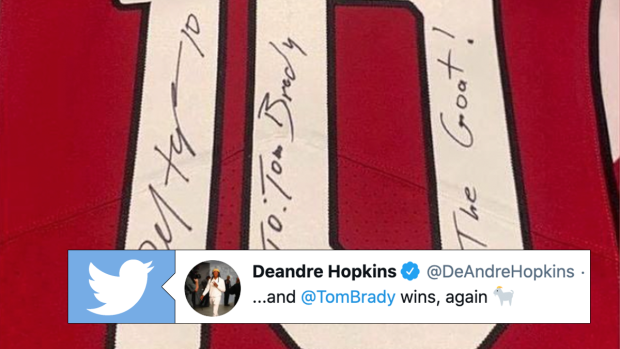 Tom Brady has always been funny on social media. Although he is the oldest player in the NFL, that doesn’t mean he isn’t willing to poke some fun online every once in a while.

Cut to DeAndre Hopkins who posted the picture of his infamous Hail Mary grab on Twitter posting that the best meme wins.

But the winner was none other than Tom Brady who responded with a picture of himself.

DeAndre Hopkins then kept his word and sent the legendary QB a signed jersey to which Brady responded by saying he’d get a jersey sent back to Hopkins.