Poulin on Leafs loss to Hurricanes, Nylander deadline and more

Breaking an NHL record is probably the last thing that comes to mind when hockey fans hear the name William Nylander, but the 22-year-old RFA managed to do just that.

Nylander managed to make history off the ice by becoming longest RFA holdout in the salary cap era. Nashville Predators forward Kyle Turris previously held the longest period after missing 47 days of the 2011-12 season and a whopping 19 games with the Arizona Coyotes. He eventually signed a two-year, $2.8 million deal with the ‘Yotes before noon on November 22, so we have ourselves a new winner! Nylander has already missed an astounding 22 on the year and has missed roughly 51 days.

William Nylander has now passed Kyle Turris as the longest a RFA has held out into a season in the Salary Cap Era.

You did it! 🎊🎉🎊#LeafsForever pic.twitter.com/v7T8EY61ZX

Let’s take a look back at some other notable RFA holdouts. Stars such as Jamie Benn, and P.K. Subban each held out but didn’t even sniff Nylander’s absence. They returned after nine and five games respectively. Here’s a look at how many games they each played (and others) before heading into free agency. 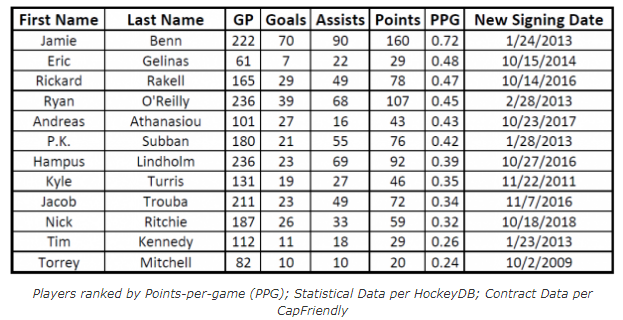 There are a couple of things to note from the chart. 1) Nylander would rank second on the list with 135 total points, and 2) he’d rank fifth with 185 games played. His .729 points per game would lead all players, so that along with the rise of the NHL’s salary cap explains why it’s been so tough to hammer out a new deal relative to the others. 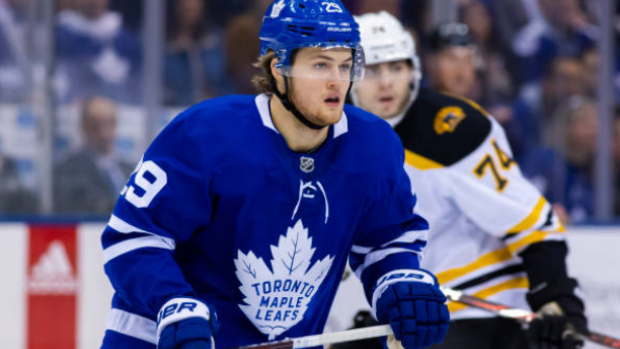 Nylander will be the hottest name in the NHL as December 1st’s deadline to sign restricted free agents approaches.