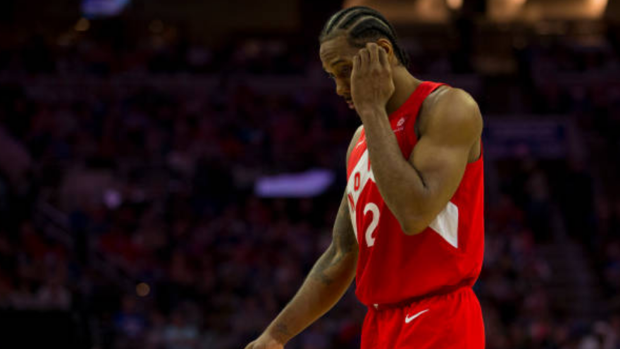 When it comes to the world of professional basketball, a lot of fans would agree that there is no more knowledgeable, well-informed opinion amongst media heads than ESPN’s Adrian Wojnarowski.

Given his extremely hard to pronounce name, people simply call him Woj.

Most of the time when Woj speaks, people listen. He has built a reputation for only speaking when he has something credible to say, and his name has even endearing be used as “Woj Bomb” when he drops a tweet about a NBA happening.

Woj took some time to discuss whether Sunday’s Game 7, and the Toronto Raptors’ playoff success in general, will have an effect on superstar Kawhi Leonard’s future in the city. With Raptors fans pleading with the star to stay, it is still extremely hard to determine where his head is at.

Woj believes that the decision lays outside Game 7’s outcome, and that Toronto has done a good job of warming Leonard up to the city.

Just a few days ago, Woj explained on his podcast that he thought Toronto had done a great job of warming Kawhi to the idea of staying. In fact, he was quoted as saying “When Kawhi showed up there, I’m not sure he imagined any future in Toronto. I do think it’s a serious consideration now.”

Seems like Kawhi’s interest in staying may be stronger than ever. While a Game 7 loss may not help the Raps’ case, it certainly wouldn’t hurt.