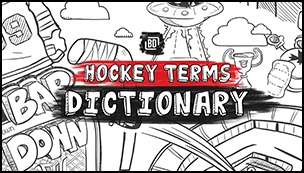 It’s not often that we see two players under 5’10 drop the mitts, but Wednesday night proved to be an exception.

The Blackhawks paid the Kraken a visit at Climate Change Arena, where scrappy Seattle forward took on the least likely of players… Chicago forward Alex DeBrincat. Known for scoring goals, DeBrincat made the call after Gourde appeared to cross-check him in the head. As the two got ready to dance, 5’9 Gourde had the biggest smile on his face before taking on his 5’7 foe.

It wasn’t long, however, before DeBrincat was feeding Gourde and actually came on top of the fight. These screenshots of the action summed up the events pretty well.

Take a look, DeBrincat was throwing haymakers out there!!!!

Remember… it’s not the size of the dog in the fight, but rather the size of the fight in the dog! DeBrincat had a goal and an assist to complete the Gordie Howe hat-trick in a 4-2 Blackhawks win. What a night for the 23-year-old!