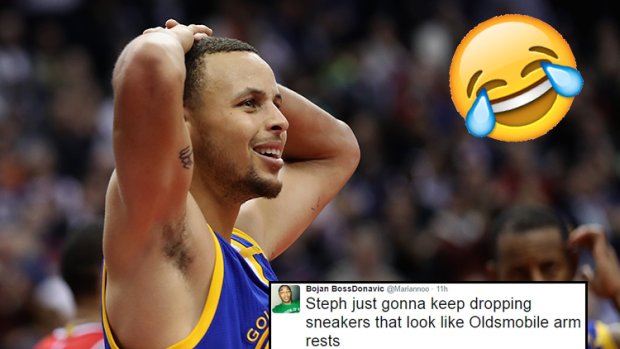 For the second time in as many years, Under Armour released a Steph Curry shoe that was met with heavy criticism almost instantly. First, there was the Chef Curry's, now there is the UA Curry Lux 'Oxblood Leather,' a hybrid lifestyle/performance shoe that has shoe fanatics talking for all the wrong reasons.

Steph is selling a PT Cruiser for your feet pic.twitter.com/QCfaTeB47W

Steph Curry's new shoe looks like it's made out of the cover from Ben Franklin's Electricity journal. pic.twitter.com/lwueON8Ebq

when you're a leather couch but ball is life pic.twitter.com/p8YIswDXBE

To be fair to Curry and UA, performance shoes that are altered into lifestyle shoes rarely receive rave reviews, as the styles often clash. What are your thought s on the UA Curry Lux's...would you buy a pair, or do they really look too similar to a recliner chair?